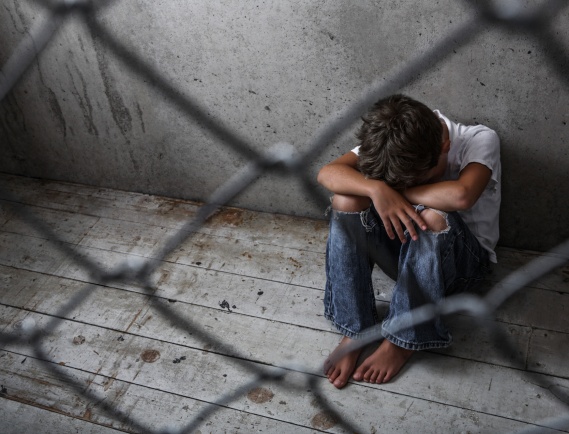 Medical and dental volunteers at The Canadian Centre for Refugee and Immigrant Health Care have provided free access to urgent and basic medical and dental care to thousands of refugees and other newcomers arriving in Canada . Our teams provide medical and emotional sanctuary and support for those forcibly displaced by conflict, violence, and persecution, whose lives and families have been torn apart and thrown into chaos and fear. At our "healthcare bank” those we treat have known no access to a nurse, doctor, mental health support or dentist for many years. Uprooted on treacherous journeys, children and youth account for 30% of those needing our care. Malnourishment, failure to thrive, advanced dental decay, pain, depression, and anxiety are all too common.

In 1999 a teenage girl in medical crisis with Sickle Cell Disease walked into a Toronto Hospital emergency department and asked for help. Aisha was in worsening pain and dehydration. She was scared. She knew it wouldn’t be long before her crisis became critical.

Aisha was 12 when her father sponsored his daughter, seeking safety in Canada from their war-torn homeland. Her claim remained unresolved after 5 years. She remained denied access to Canadian public health systems. Aisha lived in constant fear of getting sick, of facing more "Russian medical Roulette”.

Unable to produce the 350 dollars the ER required to be treated she was told “You don’t look like an emergency. We can only take uninsured people without payment if you are an emergency, if you can’t breathe, or you're unconscious.” Aisha told the admitting clerk she soon would be. She had been here before. In a matter of hours she would be in another fight for her life without treatment.

When you are, we will take you in” the clerk replied. Aisha sat herself in a waiting room chair. After a few hours she collapsed. She stayed 4 days in hospital and came out with a bill for over $4000. Her savings were gone. Aisha couldn’t pay her tuition at nursing college. She dropped out. We stayed in touch for a while, until we lost track of Aisha.

What we saw shocked us. How could this happen in Canada? What happened to Aisha was more like torture than healthcare. Despite working part-time off the grid to finish high school, to save enough to enter nursing College, when she was sick Aisha was not Canadian enough to be treated. Withholding healthcare to another human in pain and gravely ill contravened all medical morality and ethics. For Aisha it was child abuse.

We set out to determine if there were others like Aisha in our community. Our review of the Canadian scientific literature revealed no studies describing uninsured newcomers. Our environmental scan soon revealed there were thousands like Aisha -- refugees, migrants living and working, going to school in our communities, but denied access to healthcare.

We came to the realization that if it was Aisha’s job to get herself to safety, to Canada, to put herself through school, to become a nurse then when she was sick it was our job to treat her. And if there was no clinic that would accept her for care it was our job to build one.

Help us take care of the veterans who experience post service issues and can’t adapt to civilian life. Support our mission and join the military community.

There are thousands of people who have left their homes and jobs to join military service all over the globe. Now, you can help them go through transition.

We are committed to working with veterans

Supporting veterans and helping them get back to civil lives is our mission. We find therapists, homes, and jobs for them all over the country. It’s time to give back.

Help us safeguard the air we
breathe, the water we drink, and the places we treasure.